Should SEO Firms White-Lie to Clients?

In explaining and proposing services, most SEO firms lie by omission—and they probably should.

My firm’s neuro-marketing wizard, Jennifer Williams, has admonished me for including in proposals too many options worth considering in the near future. Long before that advice, I learned the hard way to include in the core part of proposals only the 2 to 4 highest priority SEO tasks, and to move other important tasks to a section called “Maybe Later” or “Further Worthy Options.”

For many prospects and clients, not doing those options tends to leave gaps in their SEO. Yet buyers’ brains may respond to several options by supposing that the thousands of dollars for core work is inadequate because incomplete. Or they may believe that the options are designed to milk excessive cash for services that should be part of one comprehensive treatment with no costs beyond what covers 2 to 4 priority-one tasks. Whatever the psychological cause of the “no, not now” response to a complete SEO proposal, the bottom line is that such proposals often prevent the buyer from doing even the 2 to 4 tasks they really should do first. So telling the whole truth may harm all parties.

This quandary relates to my previous blog post about whether SEO services should be pre-packaged rather than left open to an agreed on number of hours per 6 or 12 months to address SEO tasks gradually. These two blog posts address instances of the general problem that SEO done right, done completely, done so that it actually works, entails ever more complexity, precision and time, such that ever larger small business can’t afford it.

At DISC, I usually compromise by beginning with the 2 to 4 priority-one tasks, then list just a few priority-two options, and I make clear that there’s a ton more one could do, but let’s have the first work earn returns to invest subsequently. Sometimes, depending on the kind of client, I push 4- to 12-month retainers to cherry-pick sub-tasks from both priority one and two items. This is honest and sells, but if the buyer reads a proposal from a less scrupulous firm that simply assures good SEO work for a set fee, without listing details, the buyer may gravitate to that simpler view, and then that not so honest SEO firm simply doesn’t do enough to help the client.

This buyer behavior is another instance of the “Hard Freakonomics of Search Marketing for Small Business”.

I prefer to be honest and lose a sale than gain it and later explain that the whole truth is complex and more expensive than the client understood at first. 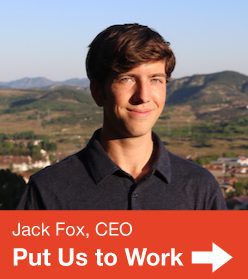 PPC Pros lament that in its Ads division Google commits one evil now and is planning a much bigger one.